The Attorneys of the Albritton Law Firm

Attorney Richard Albritton and the lawyers of the Albritton Law Firm all come from families that are local to the area, but draw upon a broad array of legal knowledge as well as life experience gained both here and abroad to determine how best to meet the needs of our clients and to represent their interests in the best possible way.

No matter what your problem or legal need, you can count on the attorneys of the Albritton Law Firm to get you answers and to advise you on the best course of action to take. 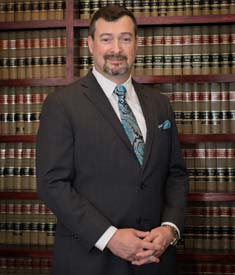 Richard Albritton, III, or “Rick” to his friends and associates, is a native of Panama City and attended Bay High School before graduating from A. Crawford Mosley High School in 1987. Following graduation, Rick joined the United States Army, serving in numerous rapid-deployment units during both Operation Desert Shield and the First Gulf War. During his military service, Rick earned numerous honors; including the Meritorious Service Medal, the Army Commendation Medal, the Army Achievement Medal, the Joint Services Achievement Medal, and the Southwest Asia Service Medal.

After his honorable discharge from military service in 1992, Rick studied at Gulf Coast Community College (which later became Gulf Coast State College) earning a degree in Respiratory Care. He became a Respiratory Therapist, practicing for several years in critical care areas across the South; from the Hyperbaric Chamber at Bay Medical Center in Panama City, to the Neonatal and Pediatric Intensive Care Units, the Emergency Department and many more at the Medical College of Virginia in Richmond, Virginia.

In 2006, Rick graduated from F.S.U. Law with honors and served with the 14th Judicial Circuit State Attorney’s Office as an Assistant State Attorney until he entered private criminal defense practice in 2008, founding Albritton Law Firm. Since that time, the firm has continued to grow, adding legal talent along the way and has recently expanded into new offices. 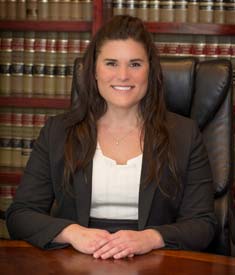 As a native of Panama City, Florida, Autumn Miller graduated from A. Crawford Mosley High School in 1997, and earned an Associate of Arts degree from Gulf Coast Community College in 1998. Then, she attended the University of Florida where she graduated with honors in 2000, earning a Bachelor of Arts degree with majors in English and Political Science. Autumn Miller continued at the University of Florida, Levin College of Law, earning a Juris Doctorate in 2003.

In mid-2007, Autumn Miller made the switch from prosecution to criminal defense in a private law practice. Additionally, she became the Adoptions Attorney for Catholic Charities of Northwest Florida’s Panama City area.

Autumn Miller returned to the State Attorney’s Office in 2011. There, she was hired as the Managing Attorney of the Misdemeanor Diversion Program-the internal diversion program that was created to resolve standard first offense Spring Break crimes. Additionally, Autumn Miller was assigned to handle Bond Hearings at First Appearance; and the Early Case Resolution Program, in which plea offers would be made at First Appearances in order to efficiently resolve misdemeanor cases. Lastly, Autumn Miller was the Assistant State Attorney assigned to the Drug Court Program.

In 2013, Autumn Miller began working for the Department of Children and Families, Children’s Legal Services, the agency responsible for prosecuting Dependency Cases from Shelter Hearings through Trial.

Once again in November of 2013, Autumn Miller returned to private practice by opening Autumn M. Miller, Attorney at Law; focusing in the areas of Criminal Defense and Family Law. In 2015, Autumn Miller became a Florida Supreme Court Certified Family Law Mediator and expanded the practice to include Mediation.

In 2016, Autumn Miller joined the legal team at The Albritton Firm. 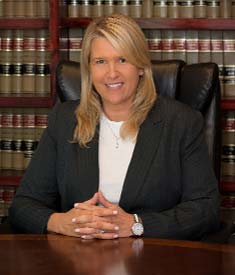 Corina Streekmann has been practicing law since 2002 and has considerable experience in general civil litigation, with an emphasis in real estate, family law, elder law, probate, trusts and wills, and arbitration proceedings.

Corina also practices in the field of criminal litigation, representing individuals accused of crimes at all stages of criminal proceedings in state courts to include juvenile matters, misdemeanors and felony charges.

Prior to moving back to Florida from New York, Corina joined the law firm of Belkin Burden Wenig & Goldman, as an associate and became a partner. She gained expensive experience in all stages of litigation and appeared regularly in the courts located in New York County, Kings County, Queens County and Bronx County.

She served in the United States Army and was awarded Army Commendation Medal, Good Conduct Medal, and Overseas Medal.

If you have a legal issue and would like to speak with Attorney Albritton or one of the firm's other trial lawyers, contact us today to schedule an appointment to sit down and discuss it.